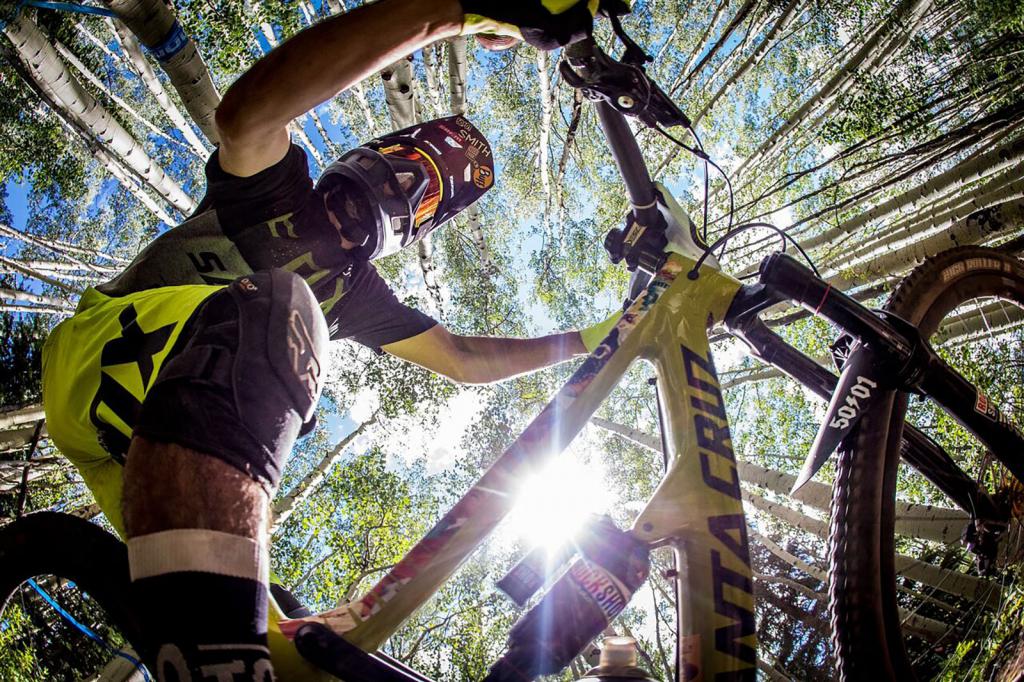 The first of a series of Andes Pacifico race dispatches from our man on the ground Gary Perkin.

It’s just after 10pm local time at the Antawaya camp site just outside Santiago de Chile. We’ve been riding bikes all day in 30c+ temperatures and we have a seven am breakfast, but I’m still wide awake buzzing with excitement from the day.

Off the plane, onto the bikes.

Staying cool in the heat of the day

Juliana racer Jaime Hill signing in for a week in the heat—not a bad break from rainy Squamish.This is my fifth Andes-Pacifico and it still feels more like a reunion of far flung friends than a race. Sure, there are timing chips, start gates, and age categories, and all that goes with this kind of thing… but at the end of the day sitting ’round the dinner table sharing stories of off-season trips, near misses on track, and just general catch-ups is what makes this race something special.

Sideways is the right way. For the first time since its inaugural edition in 2014 the race didn’t start atop La Parva ski resort. Instead we did a variation of a previous year’s day two as our day one. There was a long shuttle to 2000-odd meters above sea level, then a transition to about 2900m before two long stages to really drop riders into the anti-grip that the Andes Pacifico is famous for. Stage 1: Rucos de Aqua was 6.9km long and dropped 700m vertical, while stage 2: Paico Pilar de Piedra clocked in at 4,2km long with a 735m drop which made it by far the steeper and looser of the two.

Pre-burn Rat. Tired Krunk. Josh Bryceland
“I made a big mistake forgetting to lather up the sunscreen in the morning … but didn’t notice until after stage 2 when I just started getting hotter and hotter! Got red hot! Mint tracks, so sick. I enjoyed it all.”

“I had a good few days in the buildup – we did a Santa Cruz Ride Out on Saturday, chilled with the lads on Sunday. On Monday we went to the local Santa Cruz shop and got the bikes feeling really fresh with the help from the guys there.”

“Day 1 of racing went pretty smooth – just the few odd mistakes from me, but good just trying to find my feet in the racing thing again. It’s been a big off season so just taking it step by step.”

Always ford the river.
Iago Garay
“It’s been a pretty sick Andes-Pacifico as always – I love coming back here. Before the race we just had fun with the boys riding and trying to get used to the anti-grip.”

“Today was a pretty successful day – trying to find the pace and knowing how hard to go. I felt pretty average but i must have had some pace as i ended up fifth overall – so stoked with that and cant wait for the next days!”